NextMicrosoft Flight is now free to play on Steam
AviationTechnology

Last year when I got my first Windows Phone, the Samsung Focus…I was browsing the Marketplace and came across a Flight Simulator called Infinite Flight. I downloaded and tried the demo out at the time, and loved what I saw.

Almost a year later…I upgraded to a Nokia Lumia 900 and decided to pull the trigger and finally get this awesome simulator.

Here is a quick description of Infinite Flight and some of the features. If you’re an avid flight simulator, have a passion for aviation and own either an iPhone or Windows Phone…then I highly recommend you try it out.

Plus I read that they’re looking to support Windows 8 and Windows Phone 8!

Infinite Flight is the first Flight Simulator for iOS and Windows Phone 7 developed by a team of 2 highly dedicated developers. 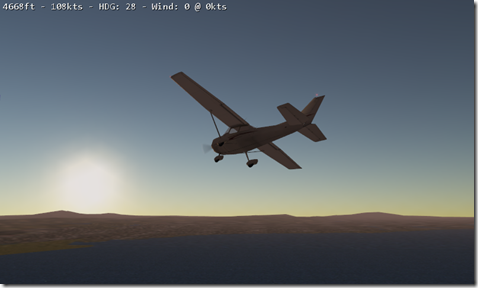 Passionate about all things Azure

Passionate craftmanship with a commitment to excellence

Begin Your Azure Management Journey with the Cloud Administrator