What’s New in this Release

For details about what’s new in this release, please see the SSMS release notes.

Head over to https://docs.microsoft.com/en-us/sql/ssms/download-sql-server-management-studio-ssms and go to the Download SSMS 18.1 section.

This version of SSMS works with all supported versions of SQL Server 2008 – SQL Server 2019 preview and provides the greatest level of support for working with the latest cloud features in Azure SQL Database and Azure SQL Data Warehouse.

The February release of Azure Data Studio is now available to download and includes the following key highlights:

For a list of the complete updates, refer to the release notes.

Just like VS Code, extensions provide more functionality to SQL Operations Studio. These extensions can come from Microsoft or the community.

2. Browse and select an available extension. At this time there are 9 extensions available to choose from.

3. Click on the green button to install the desired extension. In my case I’m trying to install RedGate SQL Search which is a tool I use in SQL Server Management Studio. This will download the extension but if you try to double click and run it, the installation will fail. Instead you need to install it from SQL Operations Studio.

4. From SQL Operations Studio, press Ctrl/Cmd+Shift+p, and type Extensions: Install from VSIX and then press enter.

5. You should then see a notification in the bottom right corner of SQL Operations Studio indicating the extension has successfully been installed.

What is Microsoft SQL Operations Studio 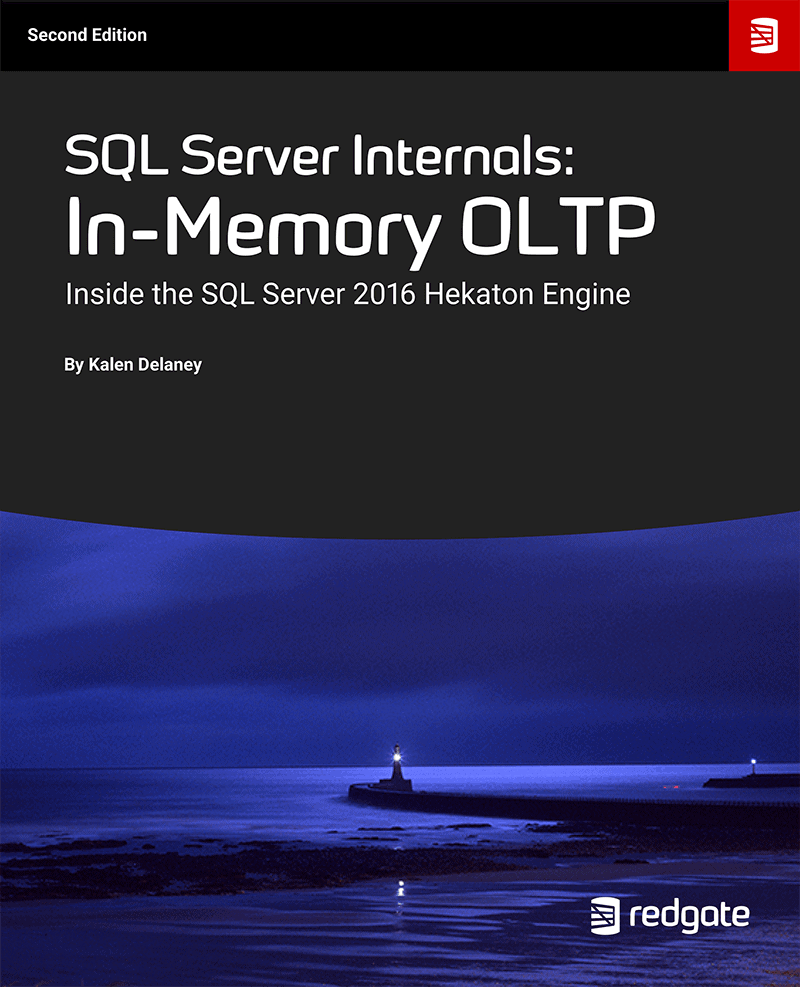 A new free ebook by Kalen Delaney on the internals of SQL Server 2016 In-Memory OLTP has been published by Simple Talk (redgate), which introduces and explains how SQL Server 2016 In-Memory OLTP engine (a.k.a. Hekaton) works. This book goes into detail about the in-memory engine and will help you with migrate existing databases and tables over to Hekaton for beyond imaginable performance.

“The SQL Server 2016 In-Memory OLTP engine (a.k.a. Hekaton) is designed to exploit terabytes of available memory and high numbers of processing cores. It allows us to work with memory-optimized tables and indexes, and natively compiled stored procedures, in addition to the disk-based tables and indexes, and T-SQL stored procedures, that SQL Server has always provided.”

Working with Hekaton in-memory data is very accessible using T-SQL and SSMS. However there are some limitations and this book goes into detail about what’s possible and what’s not and how to get around the issues.

There is a new release of SQL Server Management Studio (SSMS) now available – version 17.0. It feels like yesterday when SSMS 16 was released (June 2016). I’m not going to complain as it’s refreshing to see such the constant updates to SSMS now that it’s not tied in with the database engine installer.

To get the latest version, head to the download page and install the web-installer. SSMS 17 will install side-by side with previous versions of SSMS.

This latest release includes a lot of new functionality, namely with support for connecting to SQL Server on Linux. Please see the full SSMS changelog for a complete listing of enhancements and bug fixes. Sadly this release still doesn’t support the Dark theme. Hopefully this is something they add in a future release.

SSMS 17 icons have been updated to be consistent with VS Shell provided icons and support High DPI resolutions:

One of the nice additions to this release is the inclusion of “Presentation Mode”. There are 3 new tasks available via the Quick Launch (Ctr-Q):

If you  are familiar with these commands in Visual Studio then you will  notice that there is currently no PresentOff command. Use RestoreDefaultFonts to turn off Presentation Mode.

It’s been almost two months since SQL Server 2016 was released and today I’ll provide a quick overview of some of the benefits new with SQL Server Management Studio 2016 or also known as SSMS 2016.

One of the first things I noticed when I installed SQL Server 2016 is that SSMS is no longer listed in the features for installation. This is because SQL Server Management Studio 2016 has become its own stand-alone installer that can easily be downloaded from the web. There is also a link in the SQL Server engine management tools which takes you to the web to download the separate installer for SSMS 2016.

By decoupling SSMS from the roughly two-year release cycle of the core product, the SSMS team is able to provide quicker releases for SSMS. In the two months since it’s released we’ve already seen two updates. From what I’ve read it looks like they’re on a monthly cadence – which is awesome!

Now that SSMS 2016 is build upon the Visual Studio 2015 shell, it gets all the performance optimizations that came in versions of Visual Studio since Visual Studio  2010. This is something you’ll notice immediately when running SSMS 2016.

I don’t know why SSMS 2012 and SSMS 2014 weren’t updated to be based on the latest Visual Studio at the time. I guess timing was a factor and priority was probably put on the database engine and not the editor. Hopefully now that SSMS is decoupled from the database engine release cycle we will see SSMS be updated and based on newer versions of Visual Studio as they become available.

Anyone that is using a Microsoft Surface Pro or Surface Book will know the DPI issues that plagued previous versions of SSMS. SSMS 2016 finally provides first-class support for high-resolution displays.

SSMS 2016 now automatically checks for updates on start-up and also provides a toast notifications within SSMS when a new release becomes available.

You also have the chance to manually check for updates rom the Tools menu as shown here:

SSMS 2016 now comes with an additional them called Light. Any developer of Visual Studio will already recognize this theme and it’s a welcome addition. From what I’ve read online, the SSMS team is working on bringing a Dark theme to SSMS. Not sure when a Dark theme will be released but lets hope sooner than later. Everything just seems to run and look better in the Dark them.

This week we saw another update to the SQL Server Data Tools (SSDT). This release introduces several new features.

Great post on getting started with SQL Server Data Tools.

As posted on the following blog post, here is a recap of what’s new:

We have received an overwhelming amount of feedback that database unit testing is a critical feature for customers, so SSDT- December 2012 adds support for this feature. Database Unit Testing in SSDT will look familiar to many of you as it is based on the equivalent capability in the Visual Studio 2010 DB Pro tools. Some highlights:

Stay tuned for a follow-up post on getting started with SQL Server database unit testing.

The SSDT team started releasing SSDT Power Tools last April as a mechanism to deliver new and experimental features with each release. Since then, the Power Tools have been downloaded over 24,500 times.

We received a great deal of positive feedback on the Power Tools and as a response, this release integrates the functionality previously delivered via Power Tools into the core SSDT product. The advantage of product inclusion is that a separate install will no longer be needed and that features are now fully supported and available to users in all languages. The following features are now included in SSDT’s SQL Server Object Explorer:

Projects node adds the equivalent of Schema View to SSDT. You can use this node to browse the logical schema of your project and to edit, refactor, and add new objects.

Script As support in SSOX enables you to generate Create, Alter, Drop, and Drop and Create-To scripts for objects in your connected database.

DAC actions allow you to perform similar DAC-based tasks in SSDT to those available in SSMS. You can extract a dacpac from a live database, publish a dacpac to a database, register a database as a DAC, or remove the registration metadata for a database registered as a DAC. These actions are supported for both on-premises SQL Server databases as well as Windows Azure SQL Databases.

We recommend that you uninstall the SSDT Power Tools extension if you had it previously installed.

This release includes the November 2012 release of SQL Server Data-Tier Application Framework (DACFx), which contains several feature enhancements and bug fixes. You can learn more about the latest release of DACFx here.