Today Microsoft announced at their Connect(); event coverage on Channel 9 that a new free edition of Visual Studio called Visual Studio Community 2013 is being made available. It combines everything in all of the Express editions and adds extensibility support.

“Great apps require great tools, and today we are opening up access to Visual Studio to an even broader set of developers.

And most importantly, Visual Studio Community 2013 is free for any non-enterprise application development.” – somasegar

Today Microsoft announced at their Connect(); event coverage on Channel 9 that Visual Studio 2013 Update 4 is now available. Below are details to getting the update and what is new. 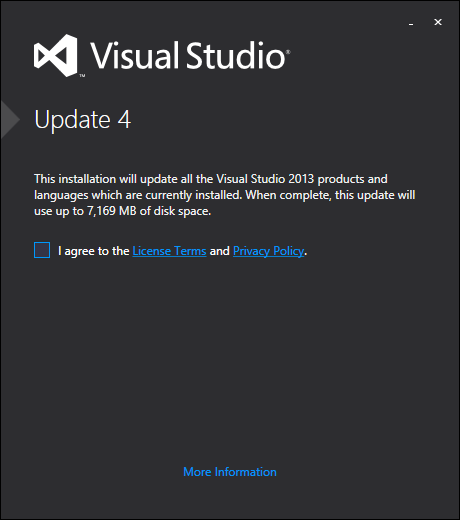 In addition, several Visual Studio 2013 products are available for download with Update 4, including the following:

You can find a detailed list of included fixes in the associated Support article.

You can download VS2013.2 now or wait for it to show up in the Visual Studio Notifications.

With the introduction of Update 2 for Visual Studio 2013, there is a new debug visualizer for JSON.

Visual Studio 2013 Update 1 is now available to download and is primarily focused on bug fixes.

“This is a targeted update, addressing some key areas of customer feedback since the Visual Studio 2013 release.  For example, we heard your feedback about running Visual Studio in environments without IE10+, and have made several improvements to this experience in Update 1.” – S. Somasegar

You can find a detailed list of included fixes in the associated Support article.

You can download VS2013.1 now or wait for it to show up in the Visual Studio Notifications.

As part of the Cloud OS vision, Visual Studio 2013 enables developers to build modern business applications that take advantage of the cloud and target a variety of devices and end-user experiences, all delivered within today’s rapid and dynamic application lifecycles.

There are great new features and capabilities in Visual Studio 2013 for every developer, including innovative editor enhancements such as Peek and CodeLens, diagnostics tools for UI responsiveness and energy consumption, major updates for ASP.NET web development, expanded ALM capabilities with Git support and agile portfolio management, and much, much more. 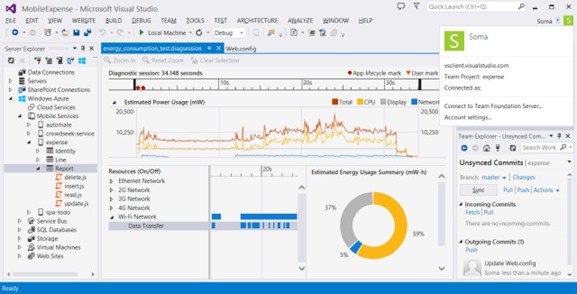 You can download these tools now and start using them today. They’re also available to download through MSDN Subscriber Downloads page.

From the perspective of interaction-performance applications need to be “fast” and “fluid” – fast to launch, to navigate between pages, to react to changes in orientation, and fluid in scrolling, in panning and in animations. This post introduces the XAML UI Responsiveness tool, a new tool in the Visual Studio Performance and Diagnostics hub that lets you analyze such interaction-performance of your XAML-based Windows Store applications. 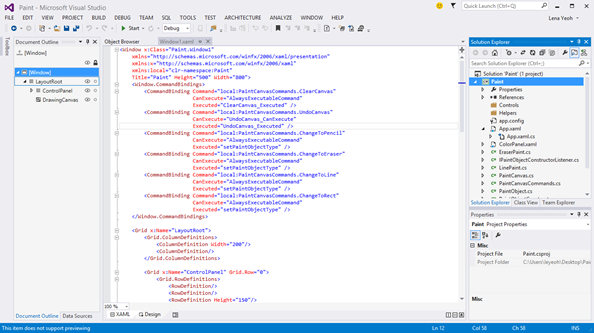